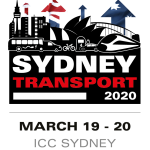 Be the first to review

There is no Plan available right now.

Your request has been submitted successfully.

Sydney is experiencing phenomenal population growth, as a result, the city has had no choice to but to invest in the largest transport infrastructure program Australia has ever seen. Over $50 billion is being invested in major road, metro and rail projects that will shape the future of Sydney for generations to come.

Sydney Transport is the first large-scale event in NSW of its kind to unite all the key players and stakeholders in the public transport and roads industries in NSW. The event is part of Sydney Build Expo and CIVENEX Infrastructure Expo. These events all wrapped up in one, can be attended with just one ticket, combined they will create the leading public transport, infrastructure & construction show for Australia.